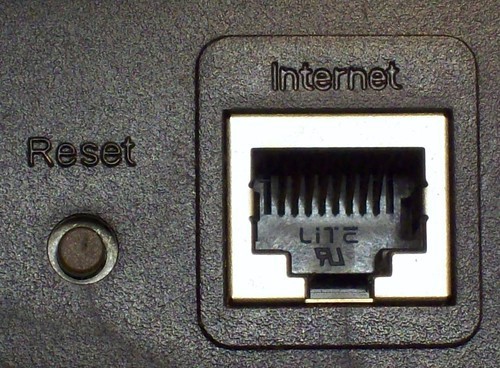 Covid-19 has exposed the failures of our health, economic, and emergency response systems. Our priorities now are to take care of ourselves and one another, creating communities of care. Front-line movement groups are organizing to respond to the immediate needs of their communities, while struggling to move much of their on-the-ground organizing work online. And once again, as we’ve learned from the history of disaster capitalism, corporations are taking advantage of our need for online engagement and profiting while we “shelter-in-place.” Corporations are marketing their online tools — such as Zoom — to our movements under the guise of ‘helping’, when instead they are wreaking havoc on our data security and privacy as we’ve seen from “zoom-bombing” and as they sell our personal information to third party vendors. The move to online is also exposing a serious lack of tech infrastructure, and more importantly, lack of access to the internet, which our communities need to stay connected. We may soon witness communities that will “disappear” (and we may not know it) as their voices are repressed because of this lack of access.

The power of the technology sector is impossible to ignore. We are greeted by daily headlines on the profits reaped through data collection by tech giants, and the power of the information, disinformation and misinformation when this data is weaponized. While tech giants spin this digital age as one of global interconnectedness and simplicity, they simultaneously amass wealth, political power and surveillance data that will allow them to accumulate more wealth and political power. They fight attempts to be reined in or regulated. Meanwhile, our elected officials continue to fumble or cravenly capitulate, revealing just how unprepared they are to manage these monopolies on behalf of the public. The technology industry is so rapidly advancing that we collectively cannot keep pace.

It was not always like this. While the internet began in the 1970s mostly for military and educational use, the left quickly joined. “Left technologists” — those who use and develop technology as a key tool to advance social justice movements — began developing systems of digital communications for transnational organizing. Early examples of their work include global efforts to end South African Apartheid and engagement with Latin American movements like the Sandinistas and the Zapatistas. Left technologists developed new tools based on an understanding of the technology needs of organizers. Their collective actions were used to rein in concentrated power from a handful of corporations.

In the 1990s, during the first dot com Internet boom which was kicked off by the invention of World Wide Web, another development was taking place that would have a profound impact on the left’s relationship with technology and the Internet. New transnational movements sparked conversations about corporate wealth extraction through trade agreements. In the lead-up to the 1999 World Trade Organization meeting in Seattle, activists — mostly Indigenous, environmentalist, labor and anti-Capitalist — began planning waves of mass protests that they hoped would shut down the city and the trade talks altogether. Critical to this coordination was secret organizing across geography. Given organizers’ fears that corporate media would ignore or misrepresent their message, it became essential for social justice movements to develop their own web-based forms of mass communication. The decreasing costs of video cameras and laptops provided key digital tools. Just as the early global solidarity groups created technology for transnational communication and support, this new generation created the world’s first federated network of web sites that anyone, anywhere could use to upload news, pictures and video. Called the Indymedia Center, it spread across the globe, with geographically-based collectives of individuals launching and managing news sites from Latin America to Asia, Africa, Australia, Europe and North America.

While the birth of Indymedia is a milestone for the Internet, its true significance lies in its relationship with the movements: the left built the technology it needed, where it did not exist before, with technologists and activists working together toward a common goal.

As the Indymedia network spread, corporations and governments took notice. Profit could be reaped here. Voices could be silenced and people could be watched.

Left technologists operated on shoestring budgets, working in their spare time and often in widely dispersed small circles; of necessity and principle, they shared their software using open source licensing. Corporations took these left technologists’ innovations and commodified them; developing and refining their own versions for profit. It is unclear if the corporations even knew in those early days the driver of true power and wealth they were developing; power and wealth not only from the technology but also from the constant stream of information and data that could be harvested and sold for profit making, opinion shifting or worldview manipulating.

As corporate tools became sleeker and more cleverly marketed — often initially for free — progressive institutions and social justice movements began to utilize them, sometimes even renouncing the tools that left technologists had built for them. And why not? There were problems with these tools. Due to under-investment in their budgets (profit was generally not a motive and “philanthropy” preferred a market solution over open source work), the tools they developed lacked intuitive design and smooth processing. They were created by the tech savvy on the Left, but there was another important limitation to the effectiveness of this group. At the time, it consisted of mostly white men based in the United States. People who had the access and education to utilize these tools with ease were from the same class and ethnic background.

Corporate built tools were inherently simpler, user tested and built around the consumer experience. Additionally, more people globally were using them, thereby allowing social justice movements and organizers to connect with a larger circle of people. Movement leaders began to consider using these same tools their opponents had, lamenting, “Why can’t the Left also have nice things?”

By the beginning of the Great Recession, some elected officials started testing these corporate technologies to shape worldviews, and in 2007 the Obama campaign put together the most technologically advanced voter engagement program ever seen. They mined data and brought about a transformation of the entire Democratic Party. And progressives and the non-profit industrial complex, even those on the Left, would follow; building similar community engagement infrastructure by using corporate technology for their power building efforts and to win major victories for progressive social justice movements.

The movements’ love affair with corporate technology during this period was pervasive and ingrained. It would be under the Obama administration that our fears about our government’s system of mass surveillance was confirmed, after the now infamous security information shared by Edward Snowden became public in 2013. Yet the response from the left was relatively muted. The left continued moving to Gmail, using Facebook and depending on Twitter to spread our messages.

Like the rich and powerful before them, these tech giants hired legions of lobbyists, avoided taxes, and ignored questions and criticisms of privacy intrusion. Their wealth became so great that their industry alone began to gentrify communities and own whole markets and supply chains. They have also become a major supplier of data for mass surveillance.

Only after the Trump election in 2016 have the movements slowed down and begun questioning the use of corporate technology, as we now clearly see the dangers of entrusting profit-seeking corporations to manage such an important resource.

Today, most progressive organizations and individuals globally utilize corporate technology. While we try to demand that corporations pay their fair share of taxes, we enrich an entire sector that refuses to do so by using their services. And — knowingly or not — we add to their constantly growing control of our data all the way up to a steadily centralized system of corporate controlled servers that have ultimate access and power over all information.

To fight the extent of corporate control of our information is not a question of personal responsibility or what impact, if any, our individual actions will have if we boycott corporate technology. What we need is collective action to divest from corporations and invest in our communities. This requires us to refute the apathy that ensues when we say, “It’s already done. We can’t go back. They already have our lives in their systems. And life is simpler now.” Just as technologists before us have done, we must (and we can) build the alternatives. As progressive and left organizations — built to fight oppression and win justice — we cannot use the same tools that enrich and centralize power to a tiny set of corporate tech giants committed only to their bottom line — profit — who are undemocratic and unapologetic in their refusal to be transparent or regulated.

Or, maybe more simply, we can utilize and spread the knowledge and technology infrastructure that we already have. Thankfully, left technologists still exist. They have created free and open source digital tools that link to secure servers, they have a commitment to ensuring that our data does not get used for surveillance or profit, and they work collaboratively and in solidarity with social justice movements worldwide.

Nonprofits, cooperatives and collectives have worked tirelessly for years to build an alternative Internet infrastructure that mirrors the movements’ values. Organizations like the Progressive Technology Project, May First Movement Technology, Riseup and many more around the world offer tools, servers and services for the movements, and need the participation and collaboration of the left not only to continue building these tools, but to jointly design a strategy for our emancipation from the corporate Internet.

While these tools are not always as sleek and intuitive as the corporate tools, the more resources we collectively bring to bear through individual and philanthropic investment, the more we can create technology on our own terms and for our own uses — and advance justice, equity and love without the fear of surveillance and the lament of enriching corporate giants.

And to the question, “why can’t the Left also have nice things?” I offer a story. In the 1980s, in an attempt toward self-sufficiency, the Zapatistas movement developed coffee cooperatives and a distribution chain to move the coffee to markets in the United States. It became a huge system developed by people impacted by egregious social inequality and benefited social justice movements with a focus on justice and equity. With increasing notoriety for this coffee, a writer of The Nation bought a bag and brewed a cup. Unfortunately, they did not like it. After just that one cup of coffee, they penned an opinion piece lamenting this same question, “why can’t we have nice things?”

The Left does have nice things. Beautiful and amazing things. We’ve built powerful technology that links people together across the globe to fight corporate greed on issues like housing, voter rights, and worker justice, as well as climate, drug and immigration policy. But corporations have commodified these things and now have a level of control over our technology that we did not think possible. We must divest from these corporate tools and invest in our own. And before criticizing the — often minor — functionality, we must remember the real cost.