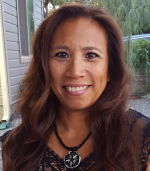 Alice Aguilar joined the PTP staff in 2008 after serving on the board since 2002, and became Executive Director in 2011. She currently also serves on the board of directors of PTP’s sister ally organization, May First Movement Technology.

Alice began her path as a “leftist” movement techie first as a database specialist and trainer while working at the Rockefeller Technology Project and the introduction of ebase™ version 1.0, a database platform designed to support environmental and environmental justice organizing and advocacy efforts. Her work and interests then transitioned to focusing on providing communication technology assistance and training with environmental justice groups in the Southwest through the Environmental Support Center.

Alice worked in various roles in the non-profit sector in Arizona as a health education program coordinator and grant writer assisting the Hopi Foundation, Hopi Substance Abuse Center, various Navajo and Hopi schools; a membership & volunteer director for Alaska Center for the Environment; a writer/editor for Eyak Preservation Council; an executive director for the Wrangell Mountains Center; a development director for the Alaska Community Action on Toxics; and as a paralegal with Trustees for Alaska.

Alice also serves on the board of May First Movement Technology.

Jamie joined PTP in 2011 to support the infrastructure and development of our PowerBase project. He is also co-founder and serves on the Leadership Committee of May First/People Link. Prior to working at the Progressive Technology Project, Jamie worked at Libraries for the Future as network administrator, national Youth ACCESS coordinator, and Information and Technology Policy Specialist. Jamie was formerly on the Board of Directors of Paper Tiger TV where he was an active producer and activist between 1994 and 2004. Previously, Jamie worked as a video instructor for Sidewalks of New York, teaching basic production skills to homeless youth. He also worked as a community organizer for the Association of Community Organizations for Reform Now (ACORN) and was an active member of ACT UP New Orleans.

Natalie joined the PTP team in early 2011 and has enjoyed every minute of her evolving role with the organization. While continuing to oversee the finances and administration of PTP; with the support of her tech savvy comrades she’s also become an accidental techie–working on front-line support and deeper engagement with PTP’s partners in the social justice movement, which has become the highlight of her work. Prior to her career with Progressive Technology Project, Natalie worked with the INGO Nonviolent Peaceforce–an international unarmed peacekeeping organization working in areas of violent conflict worldwide.

Natalie graduated from Augsburg College in Minneapolis, MN in 2004 with a degree in International Relations and Peace and Global Studies. She’s currently pursuing a Master’s Degree in Accountancy and Data Analytics and is seeking out every opportunity to continue her skills building and growth from within and for the social justice movement. Natalie also serves on the Board of PTP’s partner organization May First Movement Technology and continues pursuing her political development on the daily with the generosity and support of her colleagues, comrades and friends in the movement.

Jen, Executive Producer with ProgressNow Colordo, is an award-winning television producer who brings journalistic instinct and know-how to ProgressNow and other groups she works with and trains. She was a network producer for CNN, specializing in technology journalism. Since joining ProgressNow Colorado in 2005, Jen has become recognized as a pioneer in the use of social media for online organizing. Her online videos have been covered by the NY Times, MSNBC, CBS News, and many others. She specializes in creating videos and using social media in creative, strategic and personal ways that have powerful impacts. 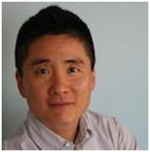 Yee Won is committed to addressing racial justice, economic equality, environmental sustainability and gender/LGBTQ inclusion as a trainer, strategist and catalyst for change. Born and raised in Malaysia, Yee Won Chong has been initiating development and earned-income projects since secondary school – and, for the past 17 years, has translated those skills into professional work for social justice and change. Yee Won uses an integrated holistic approach to organizing, communication, fundraising and philanthropy. Before becoming a consultant Yee Won was the Development and Communication Director at Western States Center. Yee Won has also worked at United for a Fair Economy and Haymarket People’s Fund and serves on the board of Grassroots Institute of Fundraising Training. 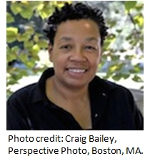 Rebecca O. Johnson first learned the value of technical assistance to a grassroots community organization over 30 years ago, when she was Board President of the Contact Center in Cincinnati. She witnessed how knowledge that is provided in ways that respected the needs and learning styles of adults increased skills, improved community organizing strategies, and gave the low-income African-American women who made up the board a more complex sense of what it means to gain, have and use power. At the Contact Center, these women also taught Rebecca how to do grassroots fundraising, one thrift store bag sale and Appalachian barbeque rib sale at a time.

Rebecca has worked almost exclusively with grassroots community-based organizations, including organizing with immigrant and refugee women of color in Boston seeking to gain access to and control of income, and the Women of Color Fundraising Institute (WOCFI). She has also served as the first technical assistance provider for one of the first foundation-based TA programs, at the Boston Women’s Fund (BWF).

The Women of Color Fundraising Institute grew out of her experience providing technical assistance at BWF and sought to provide a high quality, intensive, progressive fundraising, financial management and economics education for women of color with leadership roles in small organizations. Over fifty organizations benefited from WOCFI. Rebecca’s fund development experience is wide-ranging, from the aforementioned thrift store sales to serving as primary fundraiser for several projects, through private foundation fundraising, development of fee for service opportunities and individual donor cultivation. Rebecca is a core consultant with RoadMap Consulting, which provides capacity building services to social justice organizations and alliances. She has worked with environmental justice organizations through the Gulf Coast Fund and Environmental Support Center in addition to her personal consulting practice.

Rebecca provides focused, intensive services to the organizations with whom she works. Rebecca lives in Akron, OH

Mou Khan is a nonprofit communications junkie, most recently at South Asian Americans Leading Together, where she used online organizing and media relations to highlight pressing issues like immigrant rights and post-9⁄11 backlash. Mou graduated from Carleton College with a degree in Political Science and International Relations. She also completed the Coro Fellows Program in Public Affairs in St. Louis.

Gordon Mayer is a writer and storyteller who has been ensuring all stakeholders have voice in shaping effective and fair policy for more than 20 years. For the past decade he’s been leading nonprofit organizations that support community- and faith-based national advocacy and leadership development. Gordon focuses on helping nonprofits build their audience, share their story effectively to investors, allies and other audiences, and better manage and track responses to their message. 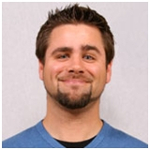 Josh Warren-White is a long-time social justice organizer, graphic designer, and photographer. He is a member of the Design Action Collective, where he works serving movement organizations with professional graphic design, branding, and web development services. Josh came to full-time political work as a direct action activist in the global justice movement of the late 90s, during which time he led anti-racism workshops for activist organizations around the country with the Catalyst Project and the Active Solidarity Collective. In the following years he worked as a community organizer for economic and racial justice issues with a number of Bay Area grassroots community organizations. He has served as staff at Just Cause Oakland, the Catalyst Project, AK Press, and holds a degree in Political Science and Community Organizing from the Institute for Social Ecology.